Andy Sisco walks off the field after walking in the tying run in the eighth. (Jeff Roberson/AP)

CHICAGO -- Young guns can sometimes be loose cannons.
Take Thursday, when the Chicago White Sox managed just two hits yet won, 2-1, as three of the Royals' pitching prodigies had a control crisis.

"Close pitches and they didn't get the call, but they just could not find the strike zone," manager Tony Pena said.

Starter Zack Greinke was his usual pinpoint self for seven innings, giving up just two singles and facing the minimum 21 batters.

"You can't be any better than that," catcher Alberto Castillo said.

By then, Greinke held a 1-0 lead, thanks to Tony Graffanino's leadoff homer off Jose Contreras in the seventh.

"I felt like when we got that one run, the game was over," Greinke said.

However, he walked Paul Konerko to open the eighth and, after a sacrifice bunt, he plunked Jermaine Dye in the back.

"When you see a starting pitcher cruising the way he was cruising and he just walks a guy, gets one out and comes back and hits the next guy, you have your aces in the bullpen and you have to go with it," Pena said.

Rookie Andrew Sisco, who has attained the ripe old age of 22, relieved Greinke, 21. He got pinch-hitter Jamie Burke on a weak, broken-bat grounder to third as the runners moved up.

Then Sisco walked Joe Crede to load the bases. Then he threw four straight balls to Juan Uribe for a 1-1 tie.

"That's really unacceptable," Sisco said. "Coming out of the bullpen, you've got to throw strikes. At least make guys beat you. Don't give them a chance to win a ballgame with the bat on their shoulder."

Sisco threw Ball 1 to Scott Podsednik and Pena popped out of the dugout. He waved for another rookie, Ambiorix Burgos, 21.

"I was not thinking about taking him out but when I saw the first pitch he threw to Podsednik, I thought he was aiming the ball and that's why I made the decision," Pena said.

Things didn't improve as Burgos threw three straight balls to force in the leading and, ultimately, the winning run. It was a tough situation for a kid just up from Double-A.

Burgos did follow with a strikeout but the White Sox had two runs on no hits, four walks and a hit batter.

"We're playing a ballclub that every single thing is going their way," Pena said.

It was another rough disappointment for Greinke, who kept just ahead of the more experienced Contreras. The Royals have supported Greinke with just eight runs in his six starts.

And this time his fellow kiddies couldn't hold his 1-0 lead.

"I feel bad for Zack. He pitched an amazing game," Sisco said. "Low pitch count. Nine times out of 10, I'd go in there and do what I do and win the game."

Pena vowed he'd stick with his plan to use Sisco as the eighth-inning setup man with Burgos as the closer.

"The idea is to go with them and to show them we are real confident in them and we have to build this ballclub around young players," Pena said.

"And they're going to be the future -- it's a bright future."

The future, however, is not now 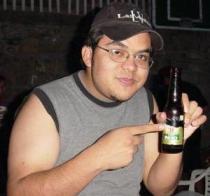